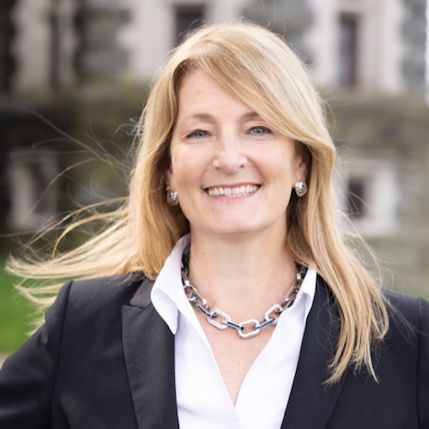 Under Baldwin's leadership, MarCom has produced award-winning plans, strategies, and projects, including the launch of the new Arcadia.edu (Oct. 2022), the rebranding project opening the 2021 enrollment cycle (which yielded a 24% increase in undergraduate enrollment); awarded CASE Circle of Excellence Award for "Bits and Pieces," a public art project that resulted in the creation of a mural in Glenside (which Cheltenham Township recognized with a proclamation); gold and silver College and University Public Relations and Associated Professionals (CUPRAP) awards for the enrollment projects and promotion of Inauguration events of President Nair, respectively; and multiple CUPPIE awards in Emerging Media for the student-run and MarCom-managed blog, Because.Arcadia.edu.

Baldwin joined Arcadia University in 2007 as the first Director of Marketing for the College of Global Studies, then the Center for Education Abroad under the revered David Larsen. During her five-year tenure as a senior international education leader, Baldwin led TCGS marketing to the highest student recruitment numbers for study abroad in the unit's history. Baldwin established marketing plans, branding strategies, and award-winning content development and presented nationally on the development of social media platforms and policy for international education, establishing Arcadia Abroad as one of the first profiles in 2008. Building relations with over 300 U.S. and overseas partner institutions, her stellar leadership directly led to her promotion to move to higher education and the MarCom team at Arcadia University in 2012.

As an active volunteer and local Cheltenham resident, Baldwin served on the Board of the Downtown Glenside Foundation (DGF) and was previously a term president of the Cheltenham School District Foundation (CSDF). She earned a B.S. degree from Drexel University and a Master of Business Administration (MBA) with a Global Perspective from Arcadia University.