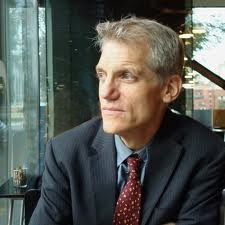 Richard Torchia is director of Arcadia Exhibitions, where, since 1997, he has organized solo shows for Ai Weiwei, Dave Allen, Francis Cape, Tacita Dean, Olafur Eliasson, Keith Haring, Amy Hauft, Pati Hill, Candida Höfer, Ray Johnson, Paul Ramirez Jonas, Donald Moffett, William Larson, Kay Rosen, and Paula Winokur, among many others. Often working in collaboration, he has organized thematic group exhibitions exploring subjects such as the childhood drawings of contemporary artists, nearly imperceptible art works, the sited gesture, photorealist painting, and contemporary images of the sea and sky. A number of these exhibitions, most accompanied by publications, traveled to venues across the United States and Europe, including the Hammer Museum (Los Angeles); Maine College of Art/ICA (Portland, Maine); the Museum of Contemporary Craft (Portland, Oregon); the Tang Teaching Museum, Skidmore College (Saratoga Springs, New York); the Victoria & Albert Museum (London); the Royal Hibernian Academy (Dublin); the Galerie der Stadt Tuttlingen (Germany).  Independent publishing efforts include catalog essays for Janet Cardiff and George Bures Miller (Pandemonium, Eastern State Penitentiary, 2005), Gabriel Martinez (Samson Gallery, Boston, 2008), Eileen Neff (Locks Gallery, 2011), Winifred Lutz (Abington Art Center, 2012), and Bruce Pollock (Fine Art Gallery, Kwantlen Polytechnic University, Vancouver, 2013).  Torchia also edited and contributed to the first monographs for Philadelphia-based artists Tristin Lowe and Bill Walton. Working with a team of interns and volunteers, in 2010 he edited an index of Philadelphia-based artist-run spaces (from 1969 to the present) that was included in a publication marking the 21st anniversary of Vox Populi.  In 2014 he contributed a text about the presentation of Tacita Dean’s JG to Moving Image Review & Art Journal (MIRAJ) and a tribute to Pati Hill for Artforum.com.  A graduate of Holy Cross College (Worcester, Mass.) with a BA in English, Torchia’s interest in the photocopier led to his first curatorial project, a group survey for the Princeton Art Museum (1983). From 1985 to 1987 he directed City Without Walls in Newark, New Jersey, the state’s oldest artist-run space. He relocated to Philadelphia in 1987 to become the inaugural curator of the Levy Gallery for the Arts in Philadelphia at Moore College of Art and Design, a position he held until 1995 when he received a Pew Fellowship for his photography practice. During his tenure at Moore College he organized over forty exhibitions featuring the work of Philadelphia-based artists, including projects for Kocot & Hatton, Mei-Ling Hom, and Stacy Levy, as well as a retrospective for Philadelphia native William Anastasi. Group exhibitions for the gallery examined subjects such as the relationship between art making and housekeeping, the collection and display of everyday objects, drawing and painting on found surfaces, and the persistence of the monochrome canvas. Between 1996 and 2014 Torchia served as an adjunct for the graduate program of the Pennsylvania Academy of the Fine Arts.  Since 2003 he has taught an undergraduate course in curatorial practice offered by Arcadia University’s Department of Visual and Performing Arts. Since 1990, Torchia has maintained an artistic practice employing the camera obscura as a means to develop site-specific installations. Recent exhibitions include projects at Evergreen House (Johns Hopkins University), Slought Foundation (Philadelphia), and Wave Hill (Bronx, New York), and the Center for Discovery, Harris, New York. His work is included in the permanent collection of the Philadelphia Museum of Art and the library of the Museum of Modern Art, New York. Marquee, a permanent public work realized in collaboration with Greenhouse Media (Aaron Igler and Matt Suib), opened in the fall of 2011.
Media Mentions
View All Visual and Performing Arts Faculty
MENU