“This is the kind of serious appreciation of a Philadelphia artist that the Woodmere Art Museum has been undertaking in recent years (Hathaway is in its collection, by the way) and should not be missed by anyone interested in the city’s art-history trajectory” writes Edith Newhall in a July 27 review of the exhibition.

Arcadia Exhibitions is pleased to present “John Hathaway: Studies, Drawings, Paintings, and Prints” on view in the Commons Art Gallery and the Great Room Lobby from April 3 through September 17, 2017. This exhibition surveys the eclectic career of John W. Hathaway Sr. (1905-1987), a much-esteemed professor of art at Beaver College from 1934 until 1971.

Though John Hathaway’s name may not be familiar to today’s Arcadia students, those who have taken a class or attended a performance in the Stiteler Auditorium in Murphy Hall will likely be familiar with his work. Hathaway is the artist who designed the venue’s three original stained glass windows, installed in the early 1940’s when the space was still a Presbyterian chapel. 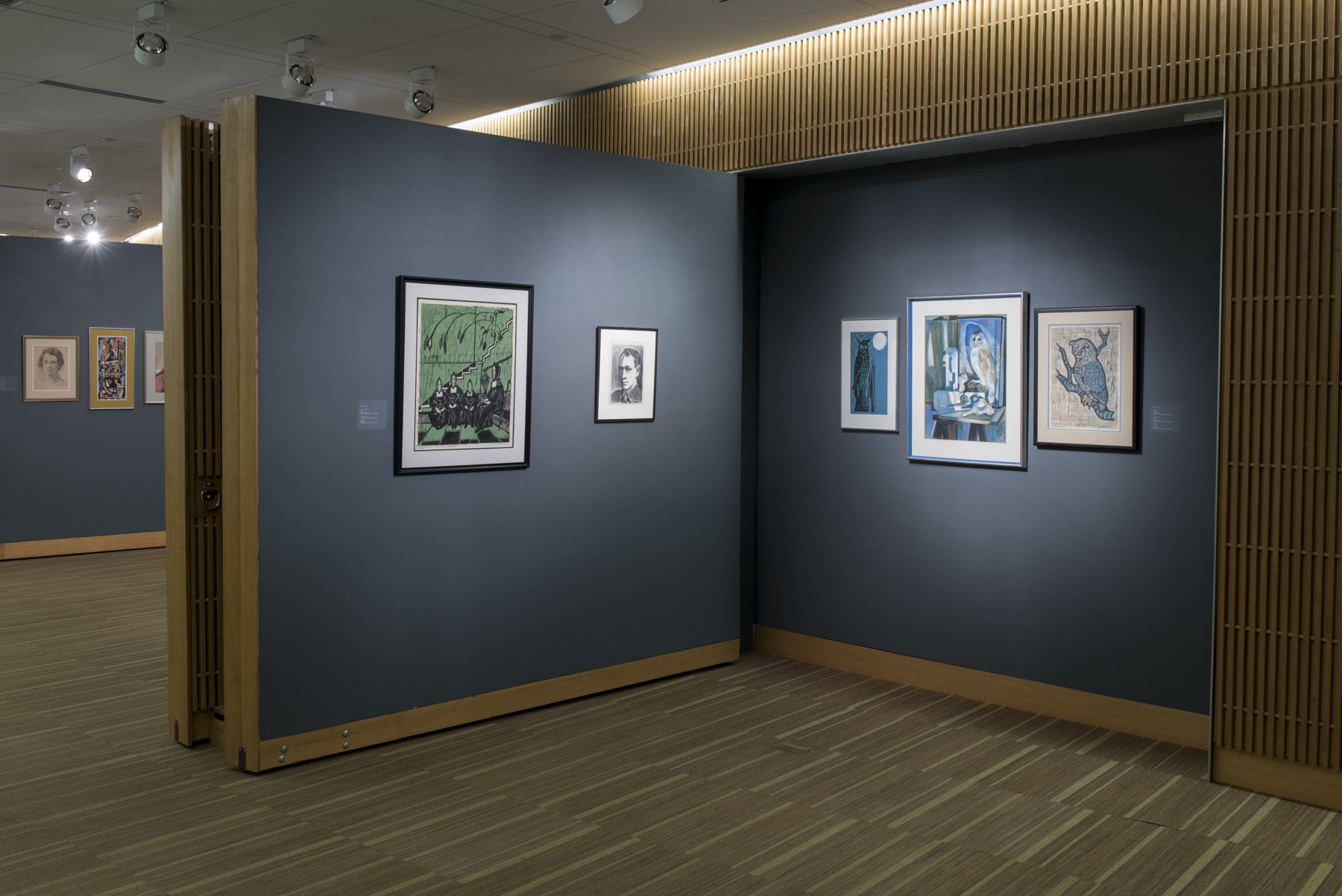 Included in the exhibition are several studies or cartoons on paper and celluloid for stained glass commissions for churches throughout Philadelphia and the northeast region of the United States, pastels and watercolors depicting scenes both from Hathaway’s travels through Europe and his backyard, as well as linoleum and woodblock prints in which he delved deepest into his forays with abstraction. A large portion of the works that comprise the show have been loaned to the University by the artist’s daughter-in-law Mary Hathaway and two of his grandchildren, Julie Keisman Miller and Anne Keisman Cissel, supplemented with a number of works from the University’s permanent collection. 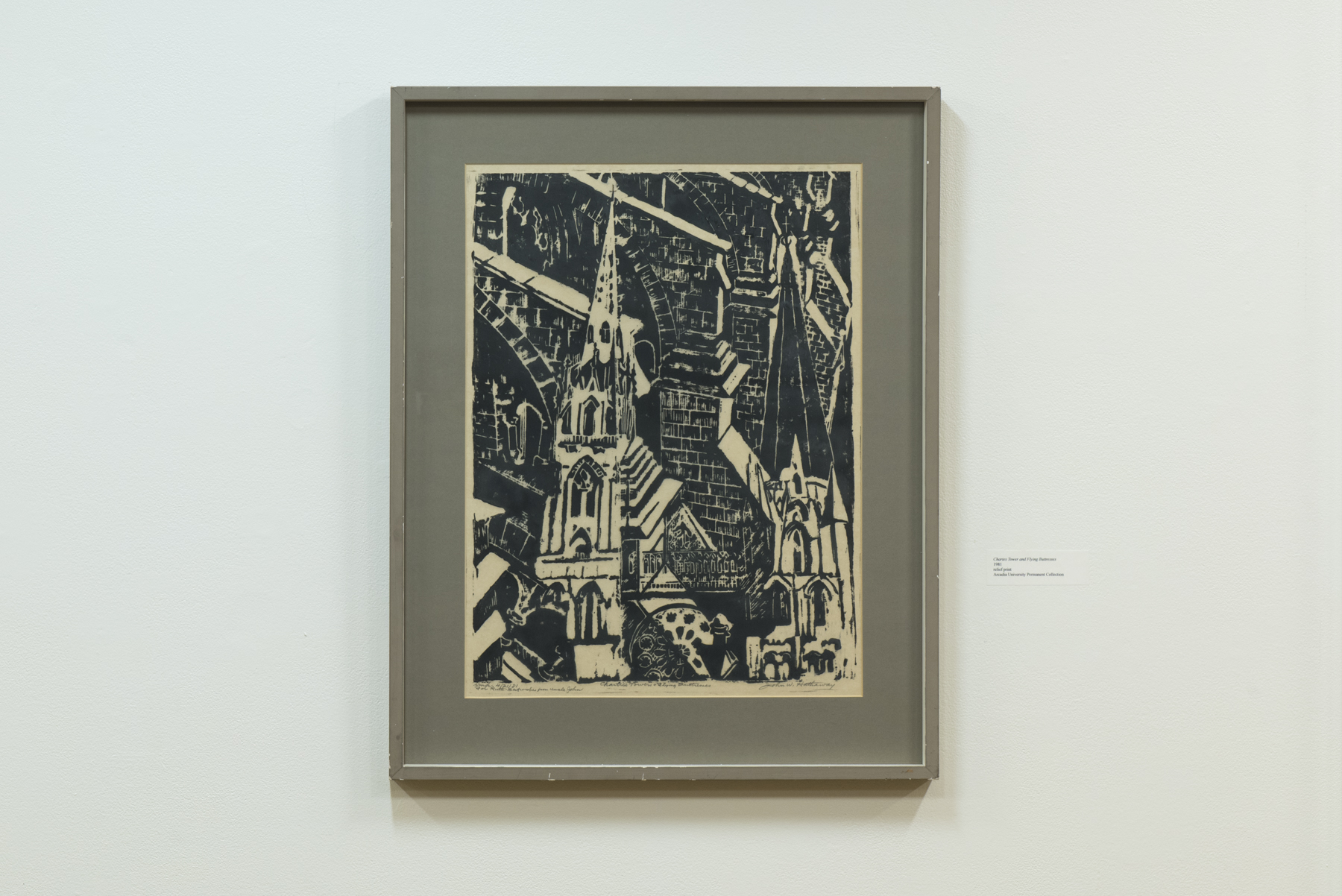 Hathaway (1905–1987) began teaching at Beaver College in 1934. His artistic beginnings lay in the creation of stained glass. In 1929, after graduating from the Philadelphia College of Art, Hathaway was sent by the artist Lawrence B. Saint (1885–1961) to study the windows of the famed cathedrals of Europe. Hathaway eventually assisted Saint with the design of the eighteen windows for the National Cathedral of Washington, D.C.

Hathaway’s stained glass can still be found in churches throughout Maryland and Pennsylvania, including the three windows in Stiteler Auditorium. In addition to his stained glass work, he was recognized for his work as a painter and printmaker. 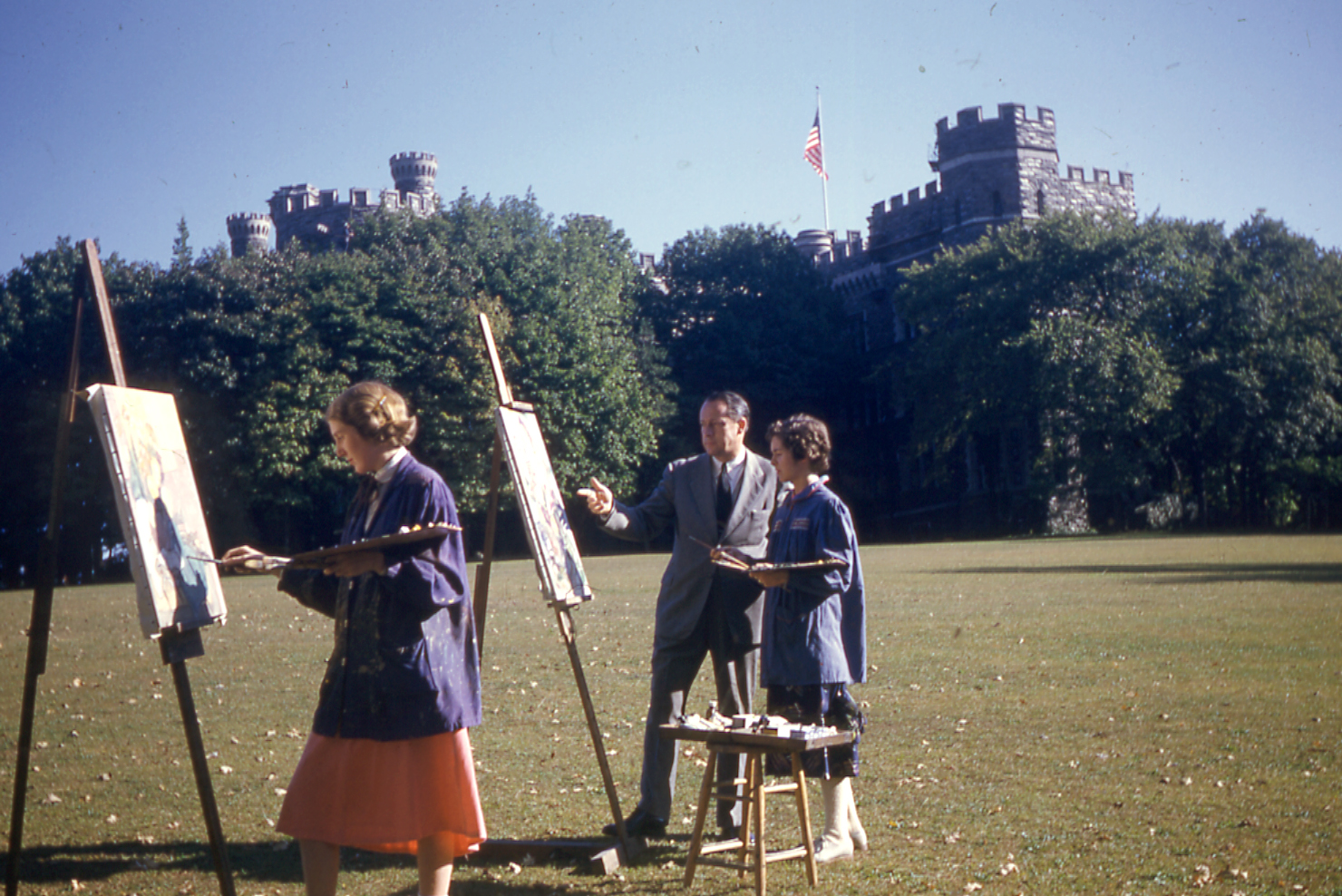 Hathaway was known for his calm demeanor, stylish appearance, and his propensity for collecting anything having to do with owls. Many of his students referred to him as “Uncle John”.

When the Atwood Library was constructed on the Glenside campus in 1962, Hathaway took on the responsibility of organizing and hanging the exhibitions in its new gallery, making him Arcadia’s first unofficial gallery director.

In addition to his responsibilities at Beaver, Hathaway taught at the Philadelphia College of Art (now the University of the Arts), the Cheltenham Art Center, the Allens Lane Art Center, the Graphic Sketch Club, and the Agnes Irwin School for Girls.

This show was made possible by a donation from Theresa and John Rollins. For more information about the exhibition, please contact the ARC Exhibition Program at 215-517-­2629 or borgenm@arcadia.edu

Lecture
September 11, 2017
Matthew Borgen, exhibitions coordinator, and curator of the show will give a lecture on the life and career of John Hathaway, followed by a reception in the Commons Art Gallery. Both events are free and open to the public.