“If you haven’t yet gotten to know the work of Spencer Finch, now’s the time,” writes critic Edith Newhall in a July 3 “Philadelphia Inquirer” review of Arcadia Exhibitions’ “Spencer Finch: As Lightning on a Landscape,” on view in the Spruance Gallery through Dec. 15.

Arcadia Exhibitions is pleased to present a solo exhibition of works by New-York based artist Spencer Finch. Since the early 1990s, his interdisciplinary practice has explored the tension between objective investigation and subjective perception, with an emphasis on the capacity of color and light to capture and evoke the ineffable. Esteemed for working in a range of media, including installation, light sculpture, and works on paper, Finch has cultivated a critical engagement with photography that has served as a productive platform for his research. 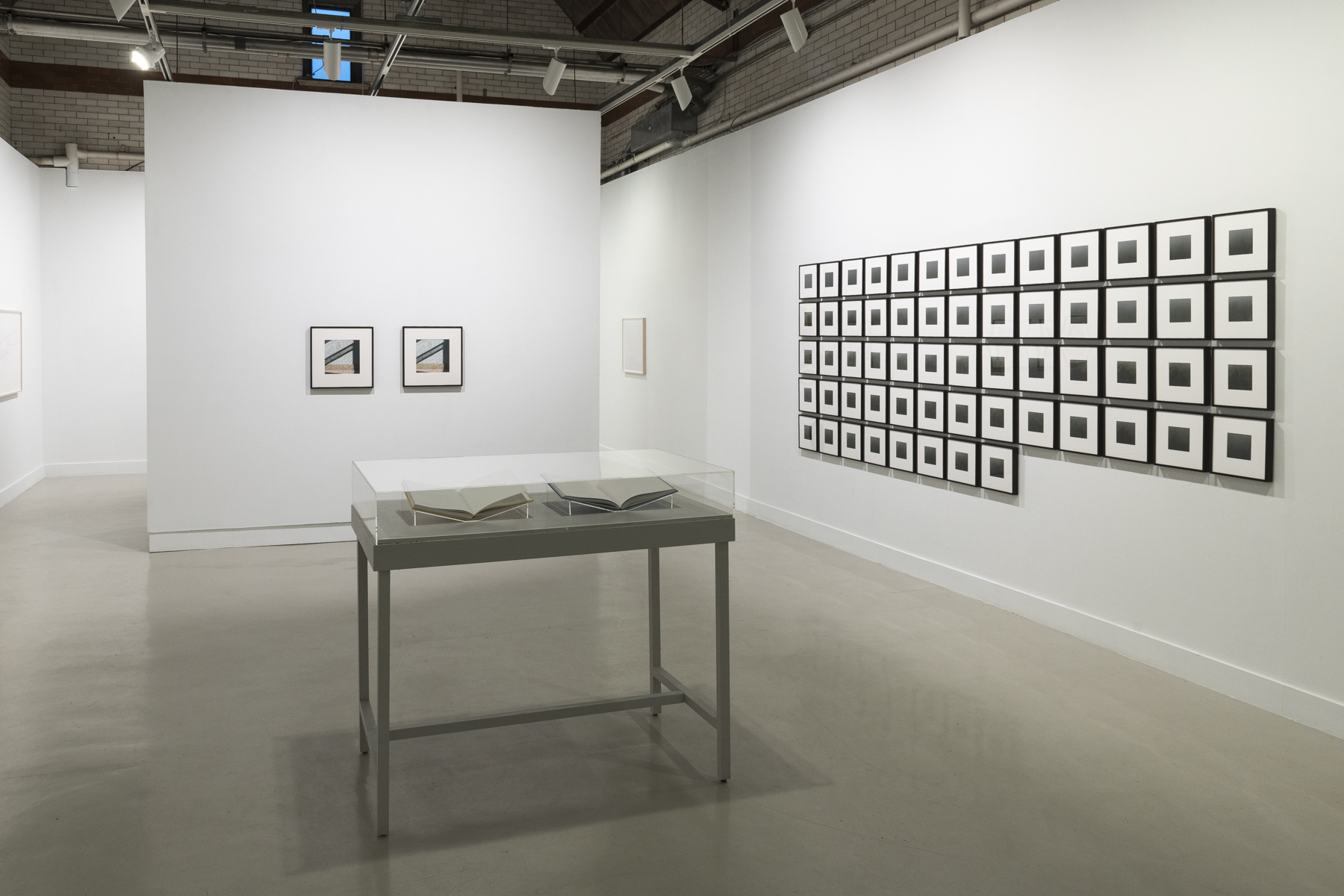 Unlike the colorimeter—a device used to measure the absorbance of particular wavelengths of light which has yielded many of Finch’s signature works—the camera has a deep cultural history and a contested claim to objectivity, both of which serve his larger concerns about the limits of representation and questions regarding the impossibility of making art.

The exhibition takes its title from Emily Dickinson’s poem “The Soul’s distinct connection”, the second stanza of which reads as such:

As Lightning on a Landscape

Not yet suspected — but for Flash —

This poem’s oblique reference to the camera serves as a telling analog to Finch’s singular approach to photography, allusions to which can be found in works produced in other mediums. For example, his 1995 watercolor portrait of his own eye, one of a series recorded at different times of day with the help of a mirror, makes a subject of how his iris responds to shifting light levels. As such, it draws our attention to the pupil as an aperture. Sun Stain, (2007), a barely visible circle on a bound page—the result of exposing a piece of paper to the sun for an entire day—can be read as an elemental photogram.

Daylight and measured time play a crucial role in many of the works, including a pair of nearly identical images from 2008 depicting the shadow of a studio window taken exactly 24 hours apart. Its title, 2,562,451.2 KM (4/13/08, 4PM, 4/14/08, 4PM), registers the exact distance the earth traveled in its orbit around the sun between the two exposures. The piece is one of several included that employ the photographic diptych as a trope of the experiment while questioning the authority of the single image espoused by the medium. The serial, photographic sequence becomes a device pushed to an extreme in Thank You, Fog (2009). Comprised of 60 individual prints, taken from a static camera at one-minute intervals, the series tracks mist moving through a wooded landscape, invariably revealing and obscuring it. 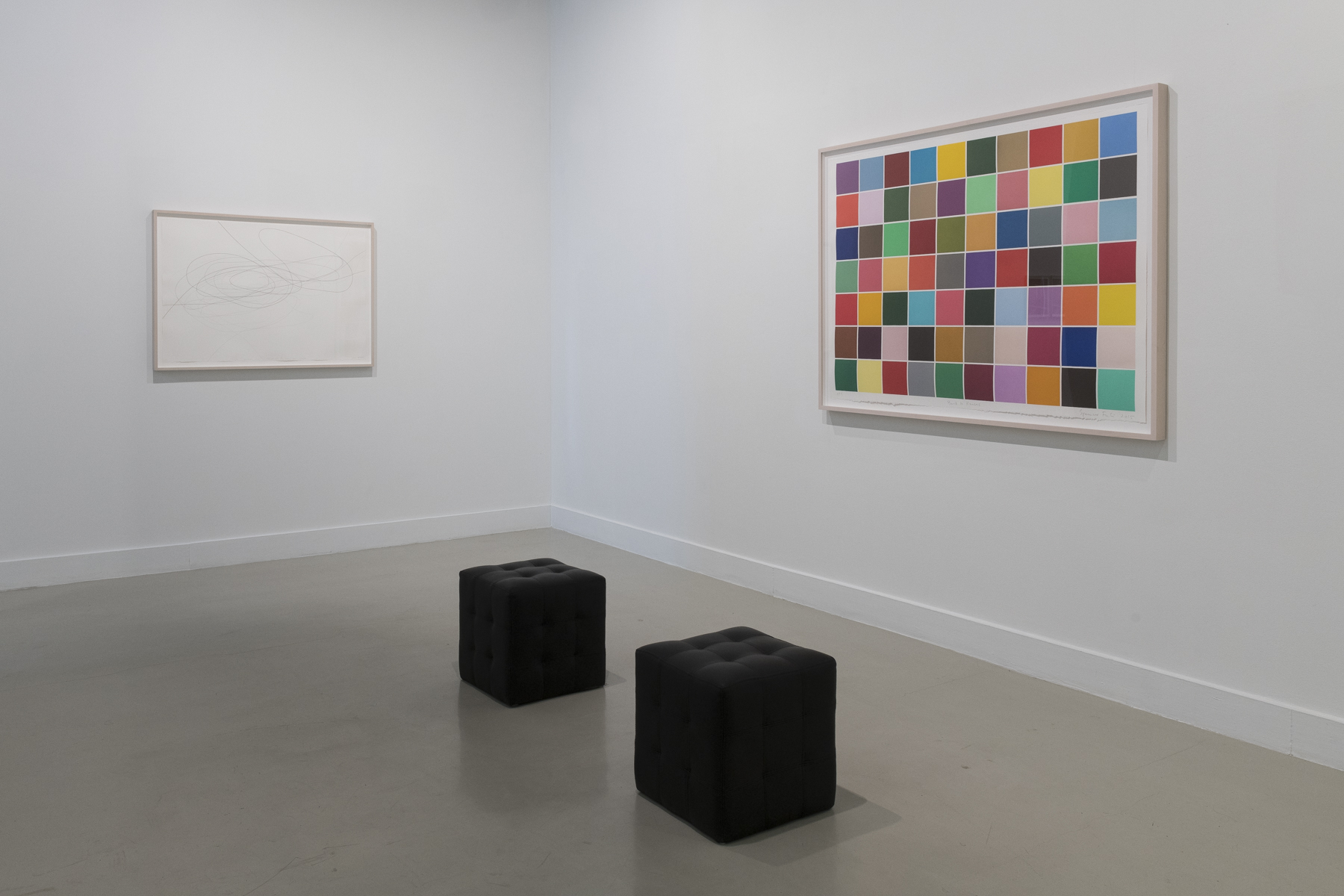 The limits of both technology and perception, specifically our sensation of color as a product of the eye and the brain, is examined in several works. Back to Kansas (2015)—a grid of 70 colors, each matching a different Technicolor hue selected from the middle section of The Wizard of Oz—is a print based on a large wall painting Finch produced in 2013 for the San Francisco Museum of Modern Art. When viewed at dusk in natural light, the colors of the aquatint fade to gray at different rates. Those with the shortest wavelengths, purples and blues, fade first while those with the longest, oranges and reds, fade last. The title of the work refers to the black-and-white scenes at the beginning and end of the film that bracket the dream sequence in between. To facilitate this experience of the work at Arcadia, the Spruance Gallery will be open on Thursday evenings until sunset between May 30 and December 15.

Back to Kansas connects an iconic application of color film to the speed of the earth turning, thus linking infinitesimal technical measurements to the astronomical scale of planetary motion while remaining grounded in the everyday. A similar fusion of sited, historical content and optical phenomena distinguishes The Outer – from the Inner (2018), a series of seven photographs taken from Emily Dickinson’s bedroom at dusk during which the mullioned window gradually becomes a mirror, proposing at least two metaphors for the medium and opening up a range of expansive interpretations. These and other works in the exhibition confirm Finch’s resourceful and poetic application of photography to investigate our apprehension of transient phenomena and get closer to the possibility of seeing ourselves seeing. 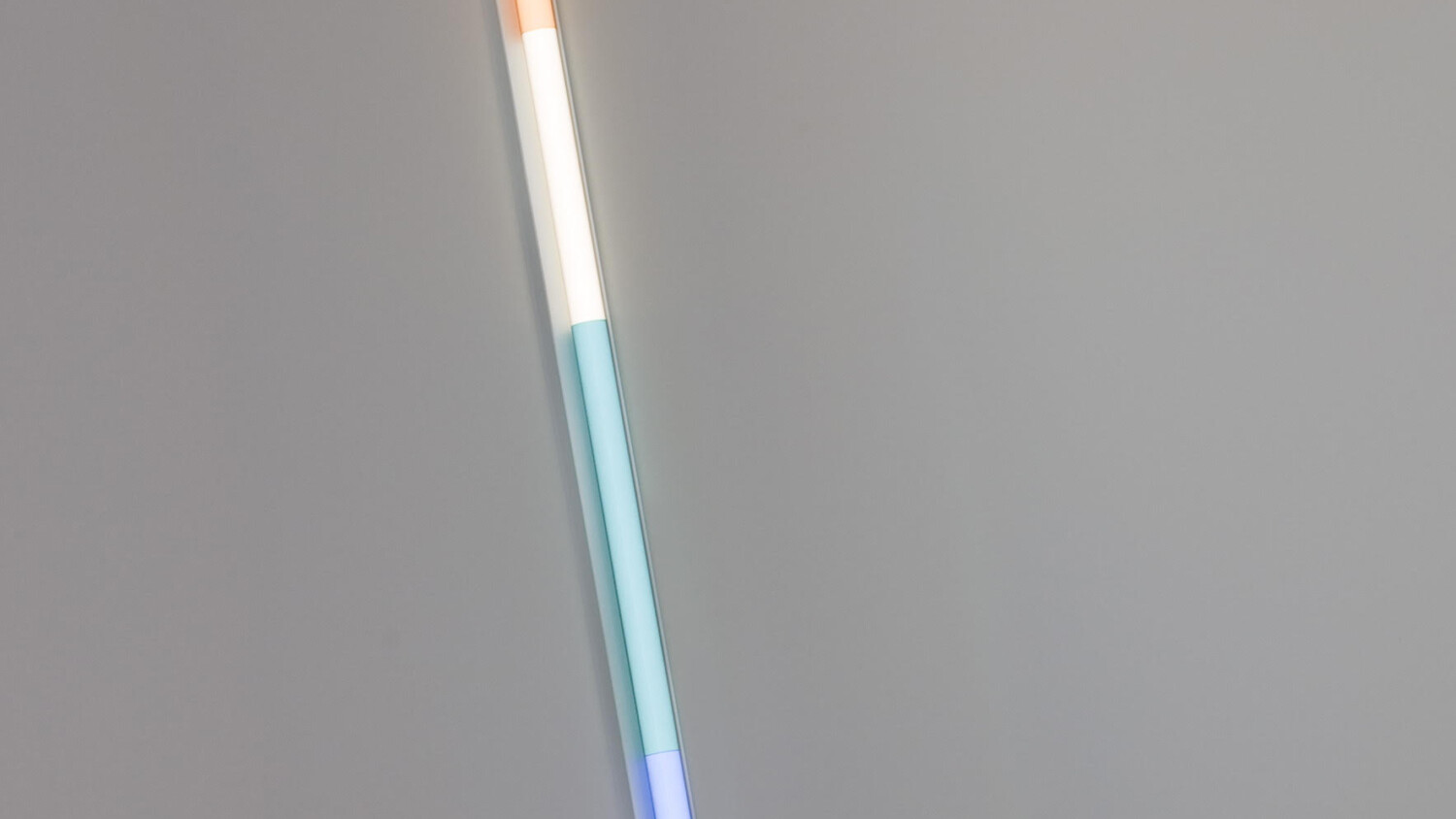 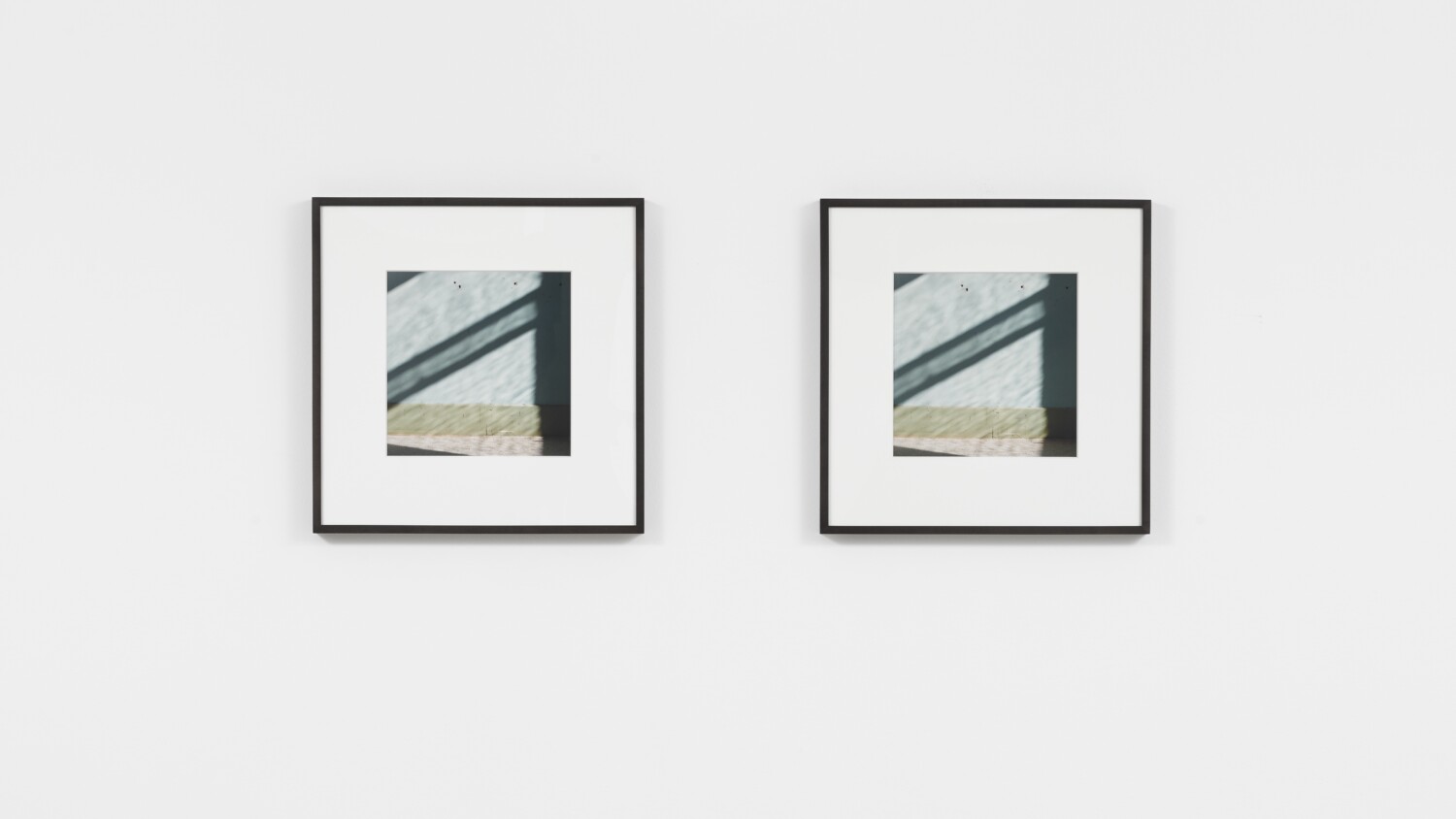 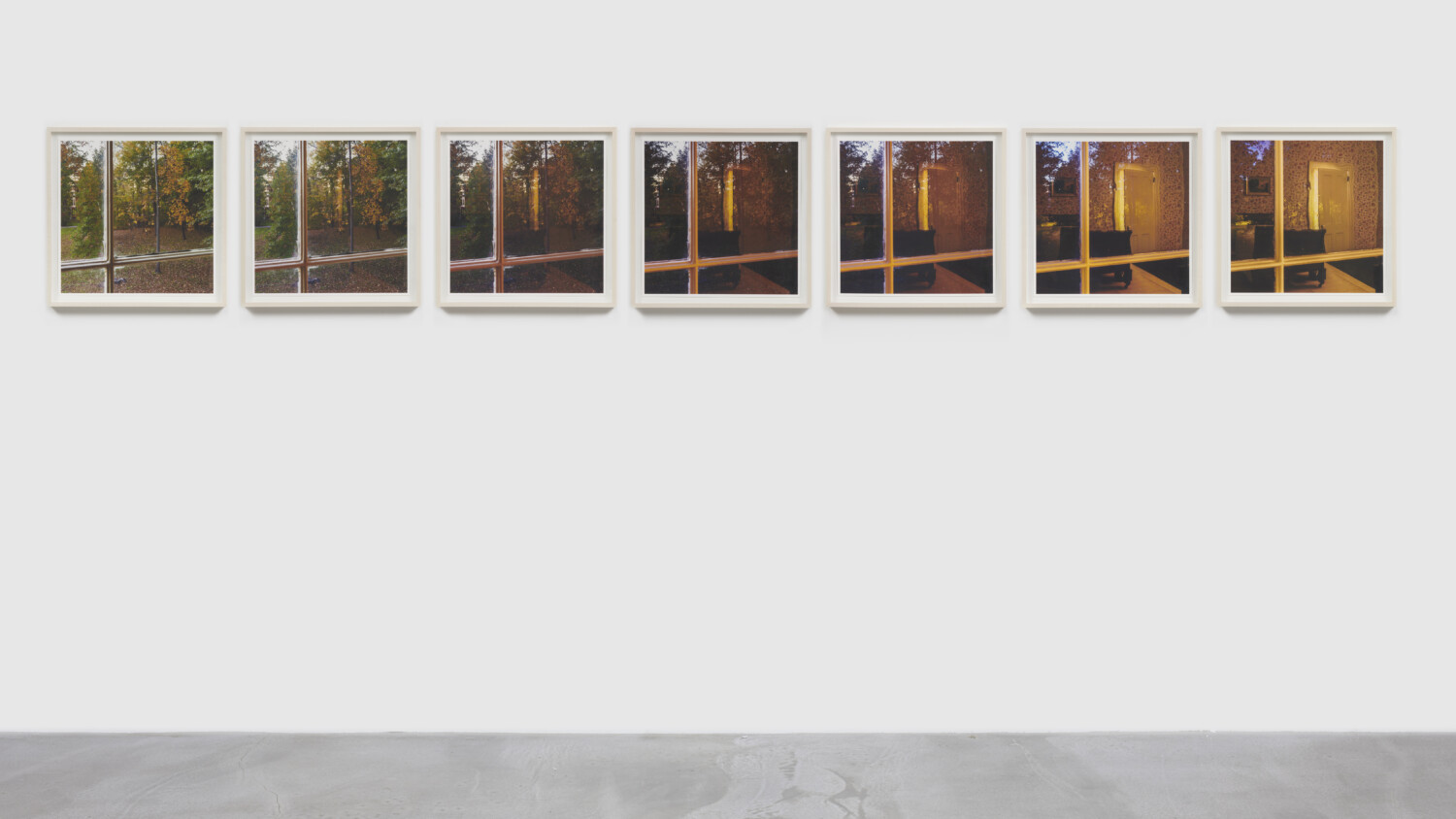 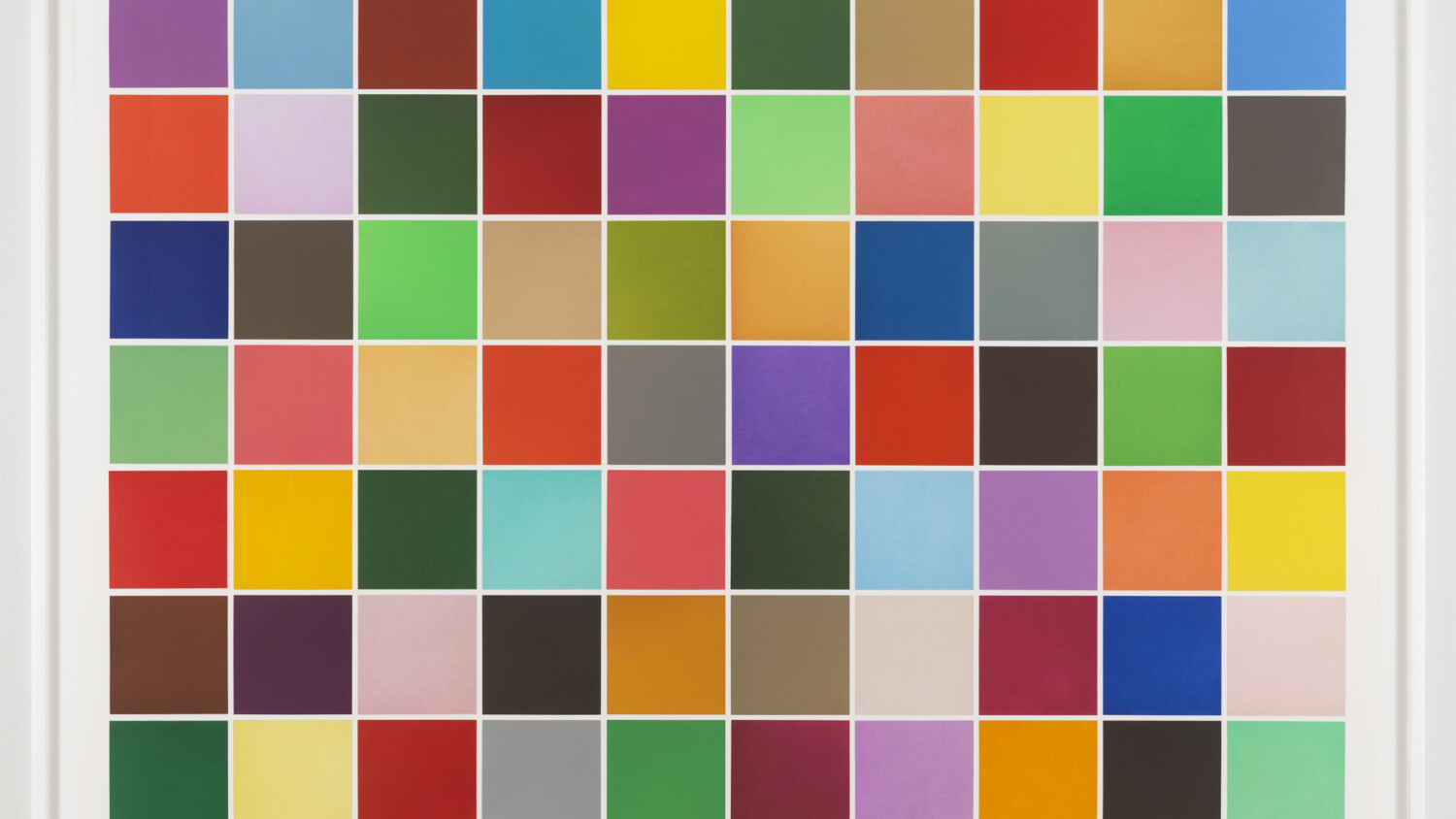 Back to Kansas, 2015, Aquatint and chine collé, 42” x 60”, Courtesy of the artist and James Cohan Gallery, photo: Sam Fritch

Back to Kansas, 2015, Aquatint and chine collé, 42” x 60”, Courtesy of the artist and James Cohan Gallery, photo: Sam Fritch

Spencer Finch (born 1962, New Haven, Connecticut) lives and works in Brooklyn, New York. He studied at the Rhode Island School of Design (RISD), Hamilton College, and Doshisha University in Kyoto, Japan. His recent and current projects include Cosmic Latte, Mass MoCA (2017); The Garden in the Brain, Brown University School of Engineering, Rhode Island (2017); and Lost Man Creek, an outdoor installation organized by Public Art Fund in downtown Brooklyn. His project A Cloud Index, a site-specific commission for the new Paddington Station in London, will open in Fall of 2019.

Finch has exhibited extensively and internationally since the early 1990s. He was included in the 2004 Whitney Biennial, and in “Making Worlds”, an exhibition at the 53rd Venice Biennale (2009). Notable solo museum exhibitions include “What Time Is It On The Sun?”, Mass MoCA, (2007); “My Business, With the Cloud”, Corcoran Gallery of Art, Washington, DC (2010); “Lunar”, Art Institute of Chicago (2012); “A Certain Slant of Light”, The Morgan Library, New York City (2014); “The Skies can’t keep their secret”, Turner Contemporary Museum, Margate, United Kingdom (2014); “Following Nature”, Indianapolis Museum of Art (2013); and “Painting Air”, RISD Museum (2012). His public projects include Trying To Remember the Color of the Sky on That September Morning, the National September 11 Memorial Museum, New York City (2014); Vital Signs, Quadrant 3, London (2013); the glass facade design for the Johns Hopkins Medical Center, Baltimore (2012); and The River That Flows Both Ways, The High Line, New York City (2009).

From 1986 to 2000, Judith Tannenbaum served as curator, associate director, and interim director at the Institute of Contemporary Art (ICA), University of Pennsylvania, Philadelphia. In 1989-90, as interim director, she became a spokesperson for the defense of public funding for the arts and artistic freedom in relation to the controversial Robert Mapplethorpe exhibition, “The Perfect Moment”, originated by the ICA. Among the shows she curated for the ICA are: “Glenn Ligon: Unbecoming” (1998), “PerForms” (1995) featuring the work of Janine Antoni, Charles Ray, and Jana Streak; “Vija Clemens” (1992), a retrospective exhibition that toured nationally; and “Interactions” (1991), a large group show about collaborations between the visual and performing arts.

Tannenbaum retired from her position at RISD in 2013 and returned to Philadelphia. In 2014-15, she curated the exhibition “Framing Fraktur: Word & Image” at the Free Library of Philadelphia, funded by the Pew Center for Arts & Heritage (PCAH). In 2016-17, she was guest curator for the Barnes Foundation’s exhibition “Person of the Crowd: The Contemporary Art of Flânerie”. She is currently the artistic director of “Whitman at 200: Art and Democracy”, organized by the University of Pennsylvania Libraries (also PCAH funded).

New York-based artist Spencer Finch will speak on the evolution of his highly original and diverse interdisciplinary art practice, which has garnered international attention since the 1990s. The event is free and open to the public.  Lecture attendees will be encouraged to join the campus community at 5:45pm to process from Haber Green (immediately outside the lecture venue) to a Food Truck Festival in downtown Glenside as part of Arcadia University’s “Rock the Knight” event.