Today Arcadia University’s main campus boasts four distinct spaces for exhibiting art, including the Commons Art Gallery and the Great Room Lobby in the Commons, as well as the Judith Taylor Gallery in the Landman Library. Anchoring the exhibition program is the internationally recognized Arcadia University Art Gallery. This year marks the 30th anniversary of the gallery’s move to its current location in the Benton Spruance Art Center. The reputation this venue enjoys today owes much to the ambitious and innovative programming undertaken in the space which proceeded it, the Richard E. Fuller Gallery.

This show chronicles the story of this first exhibition space on the Glenside campus, and reveals the integral role that Beaver College played in the Philadelphia art community of the 60s, 70s and 80s. Through photographs, artworks, documents, and other artifacts from the University’s archives, the viewer is lead through a story every bit as dramatic, and at times unexpected, as the freak automobile accident that ultimately ended the Fuller Gallery’s use by the Art Department in 1985. 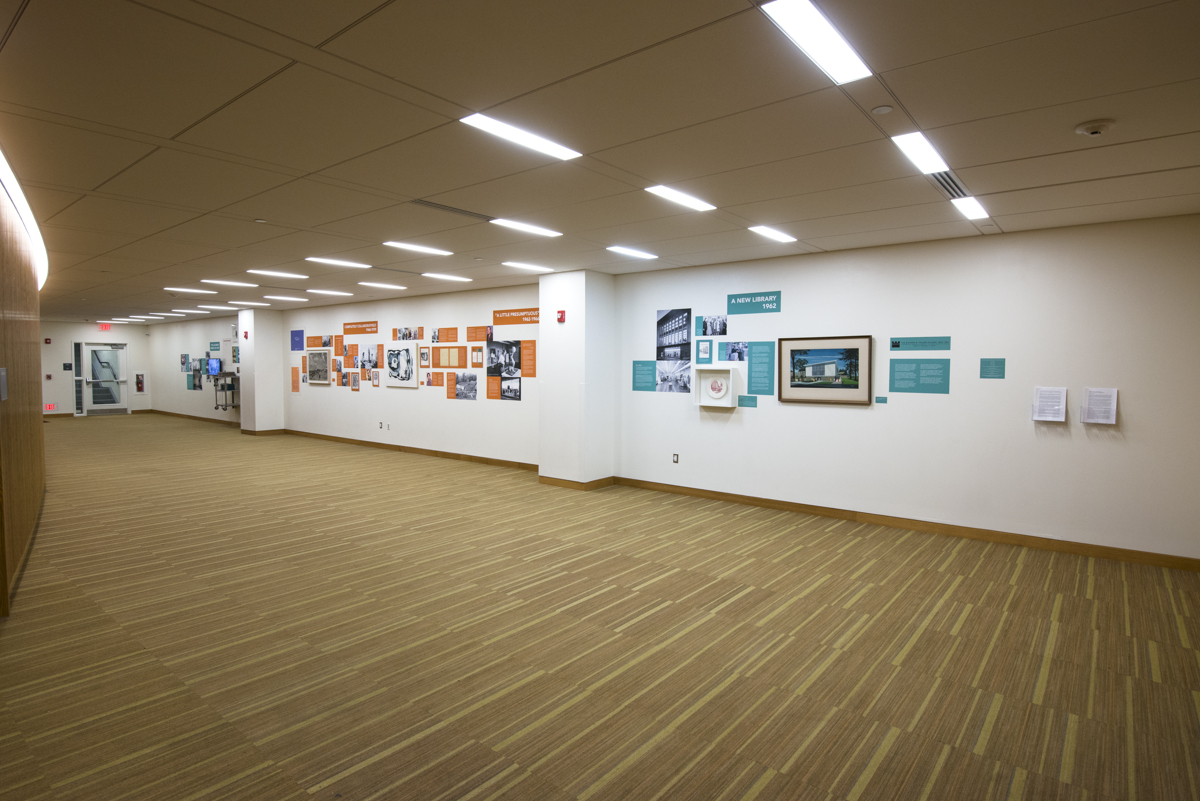 The exhibition begins with an examination of two individuals vitally important to the history of the gallery, but who are largely forgotten now — Eugenia Fuller Atwood, Vice President of the Board of Trustees from 1960 to 1966, and Benton Spruance, Chair of the Art Department from 1932 to 1967. Thanks to these two individuals, when the Beaver College left its Jenkintown facilities and consolidated onto the Glenside campus in 1962, precious space was set aside in the newly constructed Atwood Library for a modest gallery to display the artwork of faculty and students.

After Spruance’s death in 1967, his replacement as department chair Jack Davis, and a new generation of professors, including Ruth Fine, Judith Brodsky, and Ann Williams set out to expand the scope of the gallery’s programming. During this period, by successfully soliciting funds from institutions such as the National Endowment for the Arts (NEA) beginning in 1974, the department was able to bring to the campus internationally regarded artists such as Lee Krasner, Alice Neel, Dorothea Rockburne, and Miriam Schapiro.

The tireless efforts of the dedicated faculty and staff, whose stories are chronicled in this exhibition, developed the Fuller Gallery, in the words of the gallery’s first official director Zina Goldsmith, into a venue “exhibiting the country’s leading contemporary artists, often [in] their first one-person show[s] in the Philadelphia area. Our major exhibitions with related lectures have become a focus of attention throughout the art community, and offers the public a unique opportunity to experience some of the most challenging art of our time in an intimate environment.” 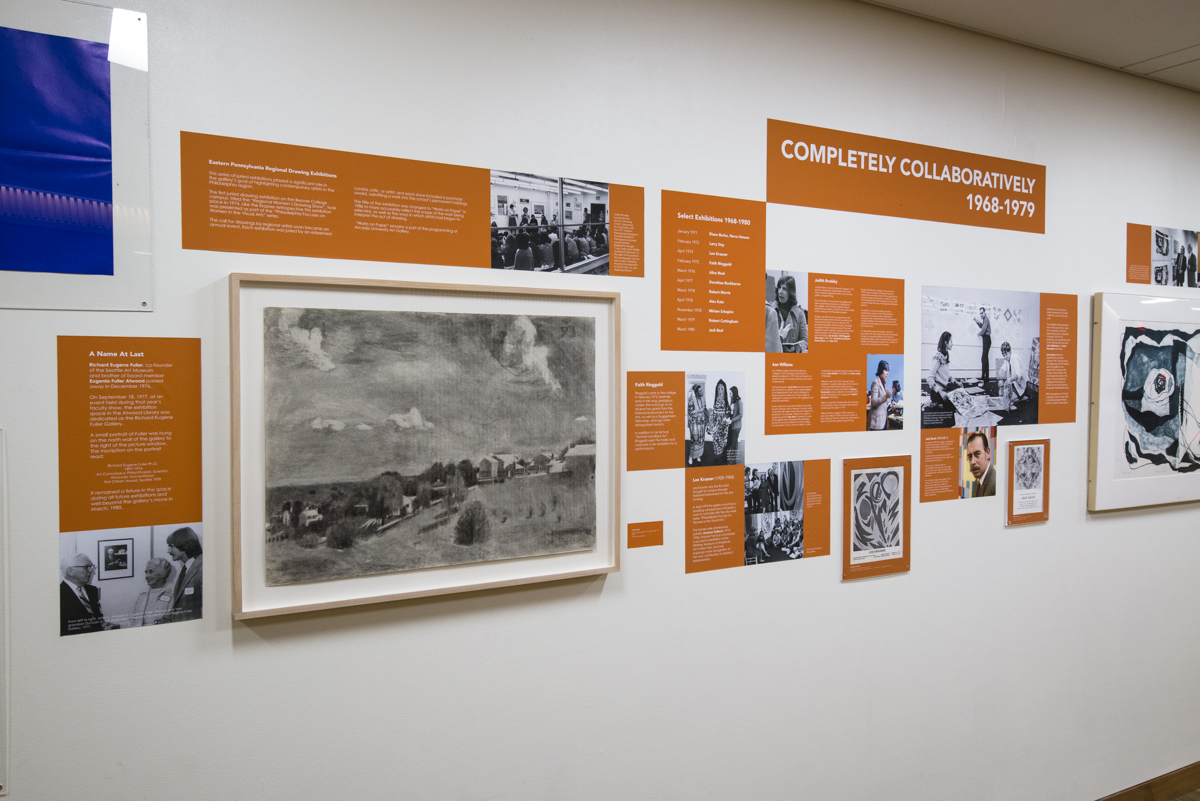 The exhibition ends with the era of shows organized by Zina Goldsmith, the gallery’s first official director. During her tenure, which began officially in the fall of 1979 and ended in the spring of 1988, Goldsmith brought to campus such artists as Barry Le Va, Arakawa, and Elizabeth Murray. While at Beaver College she also expanded greatly the college’s permanent art collection, including many of the outdoor sculptures still on display throughout the campus.

In 1985 Goldsmith oversaw the hurried transition of the gallery from the Atwood Library to its current home in the Spruance Art Center after a staff member accidentally crashed their vehicle through the gallery’s twenty-foot picture window. (The exhibition includes a short video that features archival news footage of the event as well as interviews with eyewitnesses.) This unfortunate event would inevitably prove the Fuller Gallery’s undoing, as the former painting studio in the Spruance Art Center provided Goldsmith with the opportunity to undertake even more ambitious shows and programming. The space remains an exhibition venue to this day. 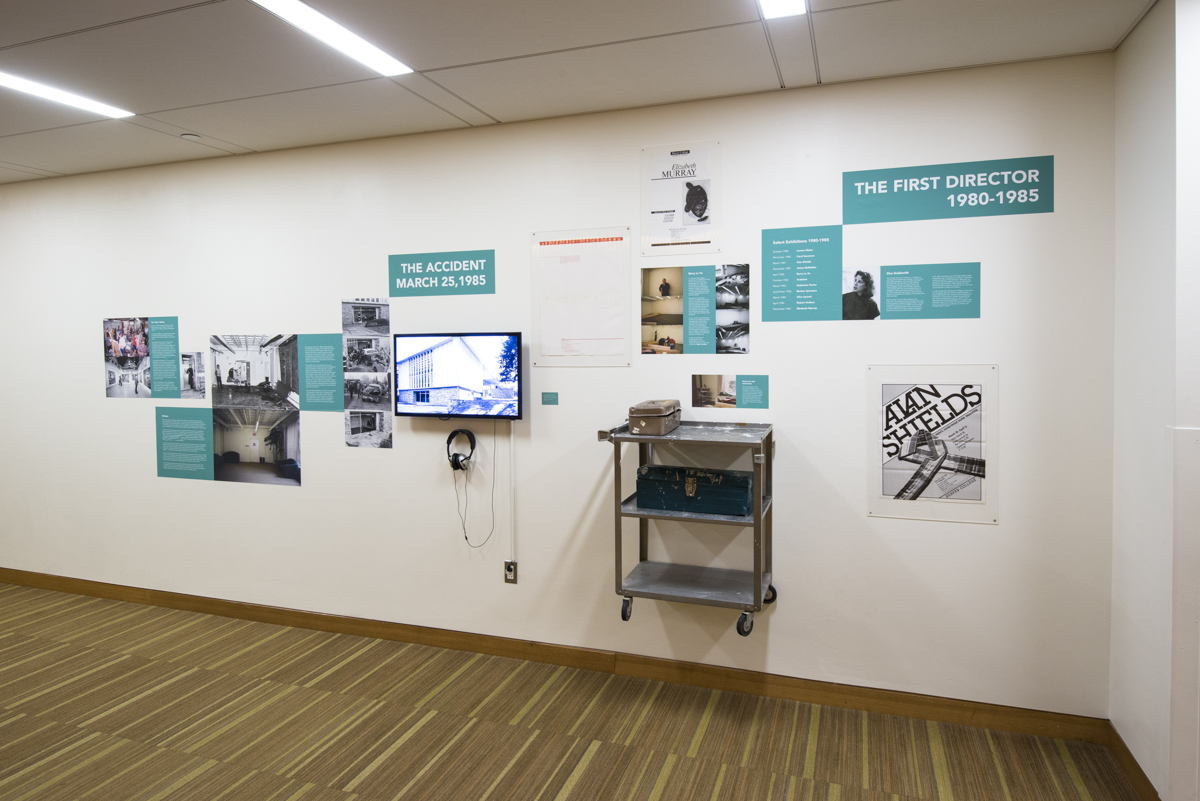 Brodsky is a Distinguished Professor Emerita in the Department of Visual Arts at Rutgers and Founding Director of the Rutgers Center for Innovative Print and Paper (renamed the Brodsky Center for Innovative Editions in her honor in September 2006). She is also a founding director of the Rutgers University Institute for Women and Art and currently Chair of the Board of the New York Foundation for the Arts.

Before her distinguished tenure at Rutgers University, Brodsky was a professor of art at Beaver College from 1972 until 1978, and was integral to the development of the school’s exhibition program. In addition to authoring its first successful grant proposals, she and Jack Davis, chair of the Art Department, organized the first solo exhibitions in the Philadelphia region for many of the artists presented in “Threading the Maze”.

Her talk will include reflections on this period as well as the impact these artists had on the art world of that era.

Brodsky’s lecture will take place on September 30, 2015 at 6:30 PM in the Great Room of the University Commons and will be followed by a reception. The lecture and reception are free and open to the public.

The exhibition is curated by Matthew Borgen and was made possible by a donation to the Gateway Society by Theresa Rollins and John Rollins. For more information about the exhibition, contact the ARC Exhibition Program at (215-517-2629).