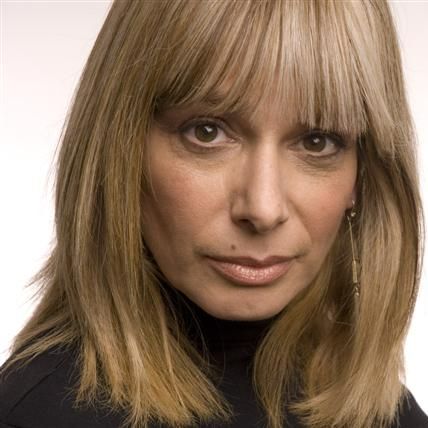 Celeste M. Walker, MFA www.celestewalker.com (cell) 610-442-0661 Celeste M. Walker is an actor, director and educator, with a BFA from Kutztown University and an MFA in Acting from The Actor’s Studio Drama School at the New School University in New York. She is a lifetime member of The Actors Studio and a member of Actors Equity. Ms. Walker is an Adjunct Professor of Undergraduate and Graduate Studies at Arcadia University and an Adjunct Professor of Speech at Montgomery County Community College. She serves as the Adjunct Representative on Arcadia University’s Faculty Senate. Celeste has developed and teaches innovative interdisciplinary curriculum at Arcadia University. Some of these include: Inside-Out: Acting Behind the Walls; Laughing Matters, Shakespeare on Stage with Seniors; Radical Arts: The Study and Practice of the Arts for Social Change; Italy on Film (Honors travel course to Rome) and Italiano Americano: Philly Style. TEDx ArcadiaUniversity: What’s Next is the fourth TEDx conference organized by Professor Walker and her class of honors student, students. In 2012, she was the organizer and host of the TEDx ArcadiaUniversity Conference on Passion and Creativity in the Classroom. In 2014, she organized a second TEDx ArcadiaUniversity: Feeding America: Body, Mind and Soul, in 2017, the theme was The Big Idea. Other Professional Accomplishments: In 2003 she was awarded Advisor of the Year at Saint Joseph’s University, Philadelphia, PA. In 2004 she developed and conducted workshops in acting and performance techniques for lawyers as part of their continuing legal education in partnership with The Wilma Theatre in Philadelphia, PA.  Courtroom Drama: Acting Techniques for Attorneys© is approved by the Pennsylvania Continuing Legal Education Association. In 2006 she was a presenter at the New York State Bar Association Commercial and Federal Litigation Section Spring Meeting.  She appeared on the panel presentation titled, Attorneys, Actors & The Art of Oral Advocacy. In 2010 she was a presenter at Recipes for Success, a series of programs designed to ensure that professionals & business owners have all the ingredients they need to reach their maximum potential. In February, 2012 she presented a paper on Outside-of-the Box Thinking for Group Project Assignments at the Best Practices Conference on Innovation and Creativity in the Classroom at Bergen County College, New Jersey. In 2014 She presented an academic poster, Shakespeare with Seniors: One Pedagogy, Two Goals at Temple University’s Twelfth Annual Faculty Conference on Teaching Excellence in Philadelphia, PA. She developed and led "Advanced Communication Skills Workshop:  Verbal and Non-verbal Techniques to Improve Attorney Performance in Administrative Hearings, Negotiations, and Effective Communications"© at the 2015 Naval Litigation Day Department of the Navy Office of the General Counsel Symposium. In 2016, she presented a workshop on Effective Communication at the Pennsylvania Department of Health Technical Assistance Conference in Harrisburg, PA. She presented a paper, “What’s Acting Got to Do with Restorative Justice” at the Justice Studies Association Conference at the University of Albany, SUNY, in 2016. Professional theatre Roles include: Rachel in RECKLESS, Maria Callas in MASTERCLASS and Frankie in FRANKIE & JOHNNY IN THE CLAIR DE LUNE. From 2014-2015 she developed and directed with Philly Senior Stage, creating programs for residents in Senior Living Communities in and around Philadelphia. In 2015 she wrote and directed an original Murder Mystery Production for the Acting Troupe at Shannondell Independent Living Community in King of Prussia, PA. Her one-woman play, “COLETTE RELOADED,” premiered at the 2016 Philly Fringe Festival, Philadelphia, PA and is part of The White Pines Productions Series of productions at the end of March, 2017. In 2017 her paper, “BFMFAPhD”: An Adjunct professor’s Personal Experience With Student Debt Long After Leaving Graduate School was published in the book, “The Neoliberal Agenda and the Student Debt Crisis in U.S. Higher Education.”
Media Mentions
View All Faculty
MENU