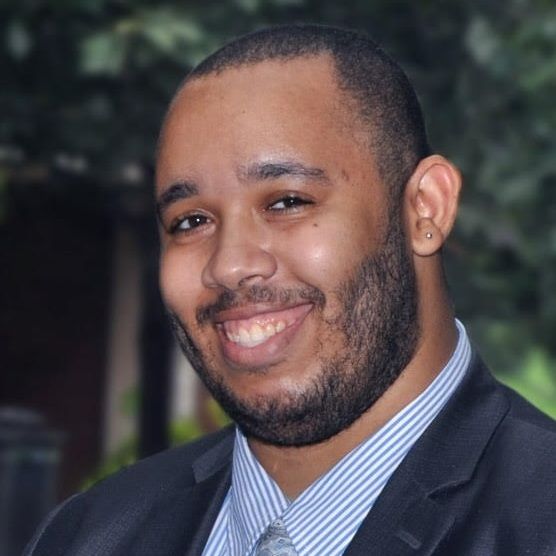 Office Hours
E-mail me at varlackc@arcadia.edu to set up an appointment.

Dr. Christopher Allen Varlack, also known as the #BLKLitProfessor, is an assistant professor in the Department of English at Arcadia University (2020-present) where he teaches undergraduate as well as graduate courses in African-American literature, world literature, and creative writing. Before joining the faculty at Arcadia, he worked with students as a full-time lecturer at UMBC (2014-2018), where he taught as part of the Individualized Study Program, the Honors College, and the Department of English. He has also served as a full-time lecturer in the Department of English and Language Arts at Morgan State University (2012-2014).

He was the recipient of the 2021 Cultural Ally Award here at Arcadia. In addition to his role in the Department of English, he served as the Director of University Seminars for the Arcadia Undergraduate Curriculum (AUC) and as Associate Director of the Center for Antiracist Scholarship, Advocacy, and Action (CASAA) for the 2021-2022 academic year. He is the current Executive Director of CASAA, Director of the Pan African Studies Program, and Chair of the Faculty Senate Work & Welfare Committee.

​In addition to promoting the education of today's youth, he is an avid researcher and scholar with emphases on race, gender, and cultural politics, having published in journals such as the College Language Association Journal, Third Stone Journal, and the South Atlantic Review in addition to a number of edited volumes. He has served as editor of Critical Insights: Harlem Renaissance (2015) as well as Critical Insights: Civil Rights Literature, Past and Present (2017) and is currently editing a special double issue of The Langston Hughes Review on Sterling A. Brown and an edited volume titled Zora Neale Hurston in Context for Cambridge University Press. He serves in his second term as president of the Langston Hughes Society.

When he is not in the classroom or producing scholarship, he can be found writing poetry and creative non-fiction addressing issues of social justice, identity, and race. For additional information about Dr. Varlack and his work, please visit his website at BlkLitProfessor.com.