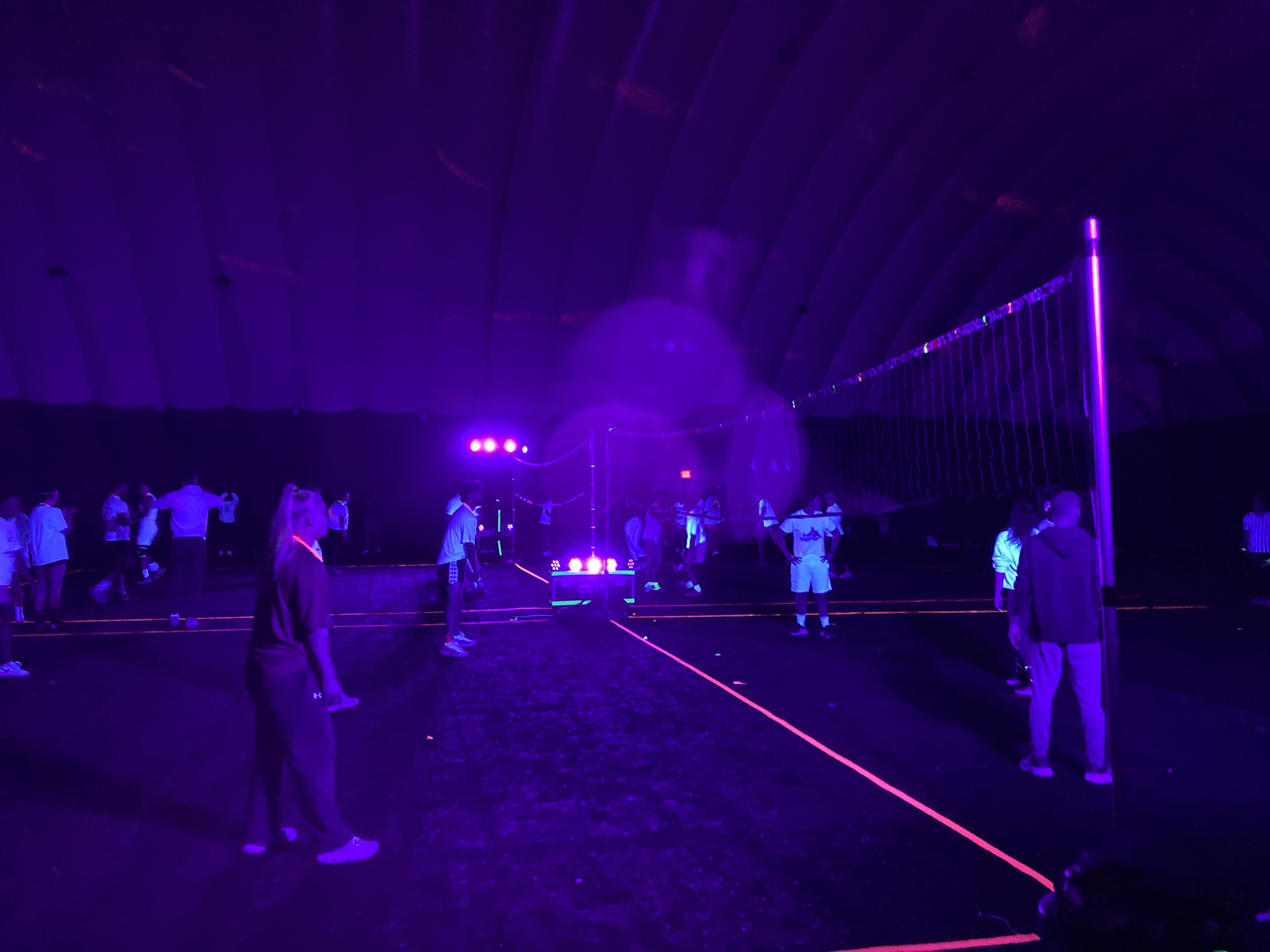 A Night of All-You-Can-Play Volleyball

Imagine one night of all you can play volleyball while being doused in neon lights, with prizes, music, and plenty of energy, and you’ve got one of the most popular intramural events at Arcadia, the Black Light Volleyball Tournament.

The athletics department has always been active with intramurals and group x activities in addition to varsity sports. Intramural leagues offer the opportunity for students to play a sport with friends without the same level of commitment as a school team. Each semester has two seasons of sports open for anyone to put a team together. In the fall it’s flag football, indoor soccer, even fantasy football, among other sports. Spring is for options like outdoor soccer, basketball, and kickball. But if you just wanted one event to play as opposed to a whole season, tournaments are an option too.

On November 1, the Black Light Volleyball Tournament holds up its popularity as an annual event for IM Leagues. It’s one night of round robin tournament style volleyball with a DJ, raffle baskets, and of course, lots of volleyball. I’ve always loved playing volleyball so I jumped at putting together a team. The leadership for ArcadiaFTK got together to join in the tournament. Not only did I get to play like I wanted, but it was also a chance for our club leadership to have a good time and hopefully show we’re a fun team to join (self-plug alert).

I almost wish we had more than one night for this event because it was such a fun time. We had 11 teams playing in the Dome for hours of games. It was energetic and upbeat, but also relaxed; you didn’t have to have varsity level skills to keep up with the game. The floor was always filled with a game so there was never a dull moment. Plus, when the DJ has a good playlist, it’s hard to sit still.

In between games, you could watch the Phillies’ World Series game (if only they had won) and bid on raffle baskets. Each participant got 5 tickets just for signing up to put into the basket of their choice. And for every game your team won, each player on the team got one more ticket. Arcadia Rec always puts together the best raffles so naturally they were highly contested.

In addition to Black Light Volleyball, the Rec team manages seasonal sports and group activities like weekend hikes. With so much offered, boredom at Arcadia is not an option. All you have to do is sign up. Just like that.