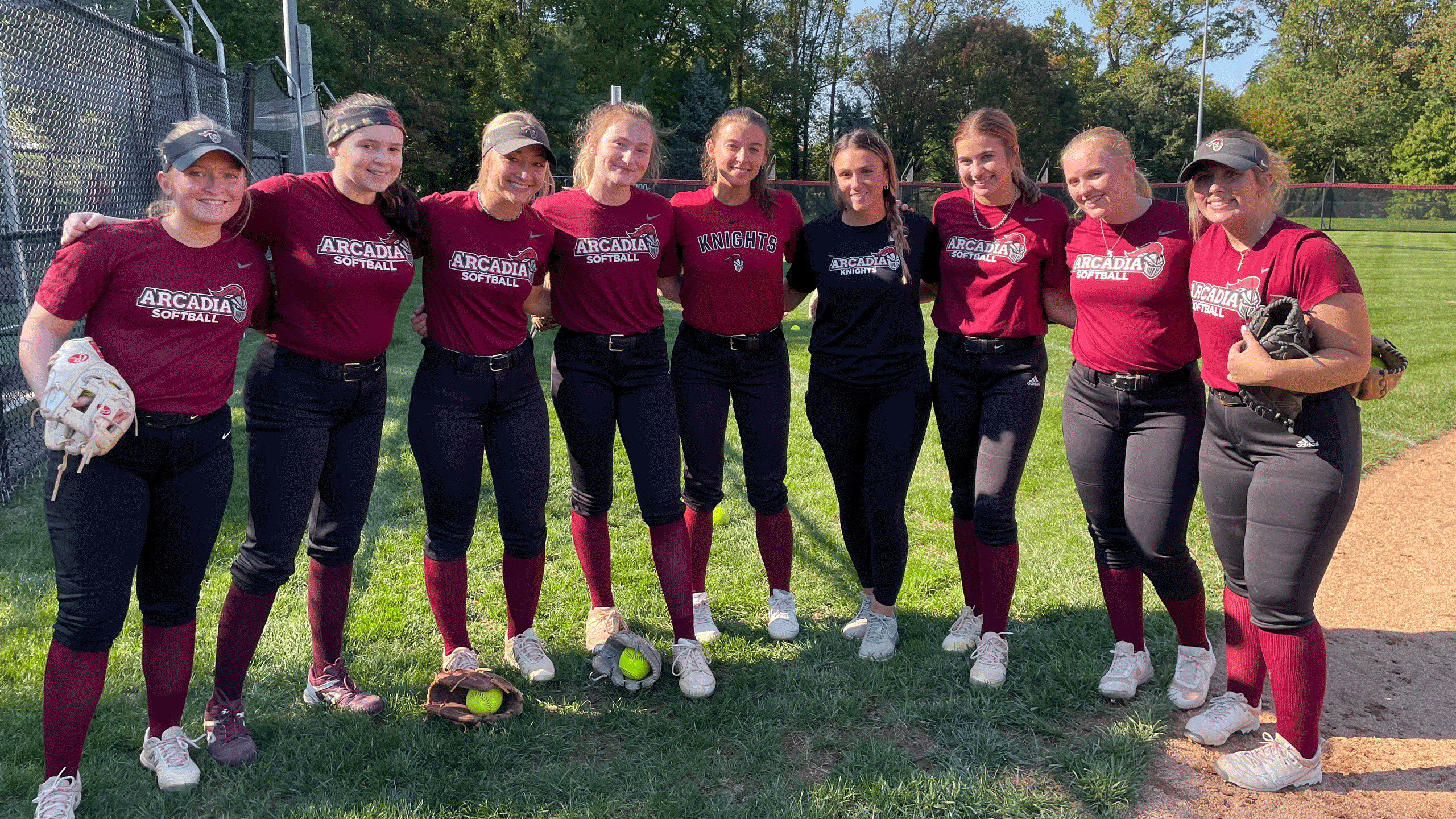 Arcadia’s athletic department has been expanding with new teams and new staff throughout the past few years. This year, Arcadia has welcomed a number of new coaches who are hoping to positively impact their teams and the school’s reputation in the arena of sports. These include head softball coach, Lindsay Mayer; head men’s and women’s tennis coach, Arsenio Culver; head men’s volleyball coach, Adam Hamad; head women’s basketball coach, Jackie Hartzell; and Kirsten O’Malley, assistant coach for track and cross country.

As a member of the softball team, I was apprehensive about a switch to a new coach after a successful season last year. But learning of Coach Lindsay’s stellar statistics as a Division I softball player in college and after getting to know her on Zoom calls over the summer, I felt reassured of her ability to coach and step into the role of leading a team with a championship mindset.

I asked Coach Lindsay a few questions to learn about her experience at Arcadia so far and her goals for our team. She shared that she was excited to come to Arcadia because it gave her the opportunity to have her “first head coaching position with a very successful team that was extremely welcoming.” The ability to be a head coach particularly intrigued her because she could manage her own program and “continue to build us into a winning team.”

Coach Lindsay explained that coaching “has its challenges, but I love it so far and I am very excited for what this season will bring.” Her goals for the team this season include leading the conference in batting average, earned run average, and fielding percentage, winning the MAC tournament, and winning and making it past the regional tournament.

She is very optimistic and is pushing our team to improve in every way that we can before being tested again during this upcoming season. We came up short of winning the MAC last season, and I feel hopeful that Coach Lindsay will help us finally bring home the championship win.

I also had the pleasure of interviewing the new men’s and women’s tennis coach, Arsenio Culver. Coach Culver shared that he has an expansive background in playing and coaching tennis at high levels. He is also from the Cheltenham area, so coming to coach tennis at Arcadia seemed like a good fit. He was excited about “the campus, the culture, and knowing that it was close to Philadelphia with a great community.”

Coach Culver also expressed that he has a lot of goals in his new position. This year, he is in the process of “getting used to everyone, how to push and pull, how to engage, and understand what they like, what they don’t like.” He says that his mindset is focusing on “managing expectations, and learning what my expectations are in terms of team philosophy.”

It is inspiring to learn that the new additions to the athletic department are committed to their roles and desire to increase the successes of their teams. I really enjoyed hearing the new coach’s perspectives and I know that everyone in Arcadia’s athletic department is excited to welcome them to our school.