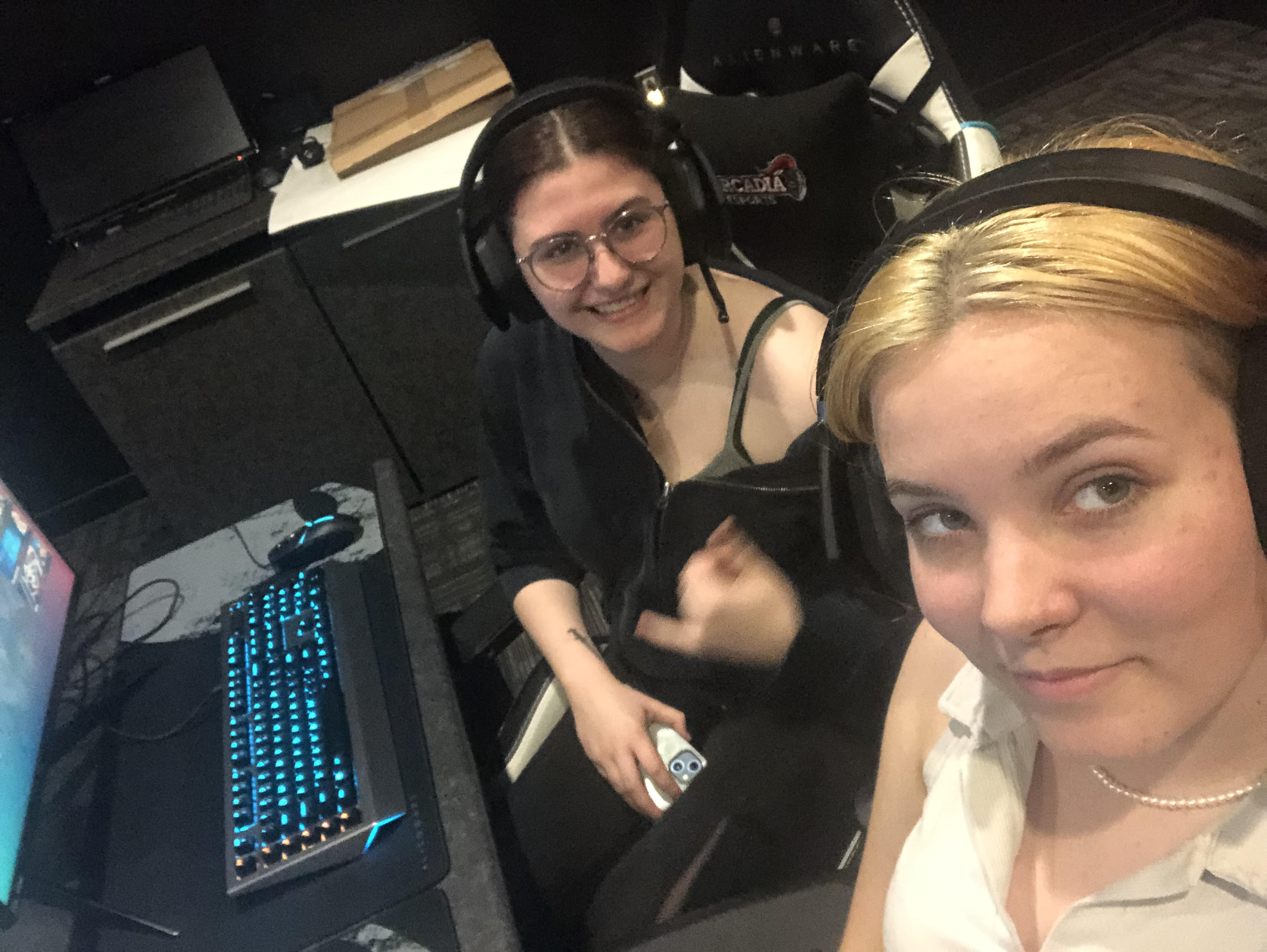 I had never touched a PC before coming to Arcadia.

When I toured campus back in the spring, I was drawn into the Esports arena. I met Bill Rodgers, the director of Esports, and we talked about games. He asked me my favorite video game and I said  Valorant. Valorant is a team-based first-person hero shooter game set in the near future. Players play as one of five agents on a team. All agents are from different countries and cultures and have their own play style and set of abilities. In the main game mode, players are assigned to either the attacking or defending team. The goal for the attackers is to plant a bomb in a given area, and the goal for the defenders is to prevent the attackers from doing so, the first team to win 13 rounds wins. Bill told me excitedly they were creating a Valorant team next year, and to put down my information to know more.

I’m big into video games, but I’ve never had a PC to play on. The only games I’ve played have been mobile or Nintendo games, but I love to watch people play video games. During quarantine I found myself diving into the rabbit hole of YouTube and Twitch gaming, Valorant being one of these rabbit holes. I knew everything about the game, the types of guns, the agents, the maps, the agents’ abilities, etc, I had just never played a shooting game before.

When receiving my financial aid packet for Arcadia, I got a scholarship for Esports, based on my interest in the program. I was slightly shocked, but excited. Honestly, it was one of my deciding factors for choosing Arcadia.

I committed to Arcadia, but as the summer dragged on, I grew concerned. I had never played the game before. I knew everything about it, I just didn’t have good aim since I had never played a shooting game. I was worried about my lack of experience and revealed to Bill that I was a complete rookie, but he assured me that it was a learning environment and that I could still contribute to the team in other forms, like covering social media for the teams.

Fast forward a few months and I’ve already grown so much at the game and am able to use school equipment to practice. The team and coach have been incredibly welcoming and comfortable with letting me take my time. I now work as an Esports arena attendant so it has already had a large impact on my life.

It’s a great environment and I am appreciating the experience more than I could ever have imagined. Coming to Arcadia has definitely been a winning move.