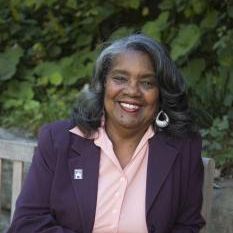 Dr. Doreen Loury, Assistant Professor of Sociology and Director of Pan-African Studies, oversees the Center for Antiracist Scholarship, Advocacy, and Action’s scholarly and administrative efforts and develop initiatives and partnerships to encourage and support faculty and staff research on issues of race, ethnicity, power, and inequity. Some of Dr. Loury’s accomplishments during her 30-year tenure at Arcadia include the development of the University’s first African American Studies curriculum and the minor in Pan African Studies in addition to serving on the University's JEDI Commission, ABRI, and Faculty Senate’s Work and Welfare Committee. She has worked with Arcadia’s Communities of Practice, the LOVE Pilot Program, and ABRI Learning Partners Program; is a Faculty Senate Liaison to ABRI; and is a member of the historical Land Acknowledgement Task Force and the ABRI-AUC Task Force. She has been a faculty advisor to several student organizations (POWER, IMPACT, BAS, and MIA) and is one of the original architects of Arcadia’s Black Alumni Association. Dr. Loury received the 2010 Lindback Foundation Award for Distinguished Teaching, the first African American to receive the award at Arcadia. She also received the University’s Cultural Ally Award for validating the lived experiences of all Arcadia students and was the first African American to serve on the University's Faculty Senate upon its development. Dr. Loury is Founder/Executive Director of the nationally recognized Black Male Development Symposium, an inter-generational symposium (the only one of its kind for Black Males) that was hosted annually on Arcadia’s campus and offered workshops to over 7,500 students, parents, educators, community leaders, and practitioners in the Tri-State area and beyond. Dr. Loury received her doctorate from the esteemed Department of African American Studies at Temple University and an Advanced Certificate in Culturally Competent Human Services Training from Temple’s Multicultural Training and Research Institute. Dr. Loury was appointed to the National Advisory Council of the National Conference on Race and Ethnicity in Higher Education and Chaired their Chief Diversity Officers & Executive Leadership Committee. She was the first Vice President of the Philadelphia Chapter of the Association of Black Women in Higher Education and was recently appointed to The Philadelphia’s Defenders Association Board of Directors. She is the first Vice President of the newly created Delaware Valley Section of the National Council of Negro Women and can now add Commissioner to her accomplishments as a mayoral appointee to the Philadelphia Women’s Commission. Dr. Loury is a veteran of the United States Marine Corps and the United States Air Force Reserves and is a proud member of Alpha Kappa Alpha Sorority Incorporated, Phi Beta Omega Chapter.
Media Mentions
View All Sociology, Anthropology, and Criminal Justice Faculty
MENU